When General Electric needed to produce a telecast for their employees to make important, but very sensitive announcements, they asked us to help them find a way to keep it as secure as possible. The solution—bring the broadcast to their own campus. After looking at different sites on their campus, we found a conference room that we could convert to a full scale television production studio. In a matter of hours, their conference room was revised to house two independent sets. The store room at the back of the room became the control booth.
In bringing the studio home, we were able to give them the privacy that they needed, while allowing them the comfort of their own offices, and a virtually unlimited rehearsal schedule. The entire broadcast was sent via satellite and internal
video networks to offices all over the world. Due to the success of the telecast and the control of the sensitive information, GE asked us to come back again for
future programs. When word of the event spread to National City Bank, they asked us to handle their national teleconference to 22 sites around the country. Good news travels fast! 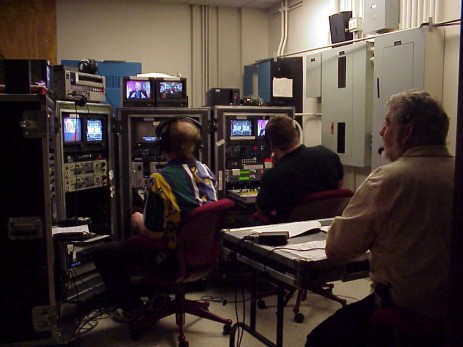 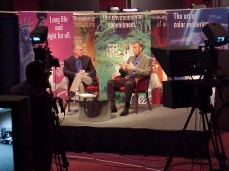