This project is a good example of long term planning and involvement with a church, in order to bring about long term growth. When we first met up with TFC, they were outgrowing the building that they had been in for quite some time. This was not their first building, in fact the property sported some of their previous buildings that were now being used for youth and other purposes. But the planning that they were doing at this point was to increase the size of their current building by more than double, and turn the sanctuary 90 degrees in order to accommodate a closer environment. We started working with them a few years before construction by developing a game plan that did not just involve this step of growth, but where to go next. We took into account the current equipment that the church owned and planned out for the development of the new space, keeping in the plans the longer term goal of going to a multi-site configuration. Once the plan was in place it allowed the church to move forward with budgeting and fund raising so that a year later we could begin work on the building.

The systems were designed for versatility. The lighting system was planned to allow for additions and changes without a lot of effort since power and control were distributed throughout the stage area. Any fixture could be placed anywhere with simple connections. Several permanent truss positions were built in above the stage and around the front of house, with nearly 40 moving heads as well as a range of conventional and LED fixtures. The sound system was just as versatile, designed similar to how we have designed theaters. Floor pockets dotted the stage, each with isolated power and audio connections in stage boxes that could connect in the floor box, or be pulled out and moved to allow 8 inputs and 8 outputs anywhere on the stage with only a length of CAT6 Cable. Although much of the system was planned to be wireless with microphones and in-ear monitors, several floor pockets also included connections for monitor speakers, should the need arise. The video system was also designed with future planning in mind, knowing that certain camera positions would highly benefit future plans for a multi-site church. Outside of the main room we also had to take into consideration the recording studio and internet broadcasts, which needed separate mixes of their own. All of the inputs were split between the front of house, studio mix and the internet mixer. Video feeds were planned in the same consideration since they were feeding both the Image Magnification screens and the Internet broadcast, not to mention the future campuses off site. To top it off, the stage drapes were also planned out to allow for set changes and a theatrical feel when needed.

During the year of planning we continued to work with them on smaller steps that helped to move them forward toward the long term goals. By the time we reached final steps before install, technology had changed a little and we worked with the sound manufacturer to redesign their main sound system, improving the coverage and providing substantial savings over what the original design would have cost. Other adjustments were made along the way as well in order to provide the best bang for the buck, on time and under budget. The change in style was somewhat significant for this community, and word had gotten around town about the new facilities and systems. On opening day we were there to make sure that everything went smoothly. It was a sight to behold! A church that had moved from an auditorium that could seat less than 500 was opening a room that would fit nearly 1,400, so you would expect to have lots of breathing room on opening day, but that could not have been further from the truth. Two services packed out with standing room only! 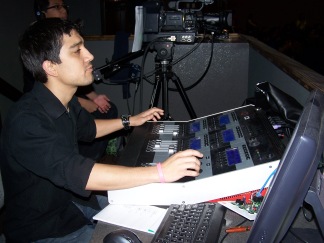 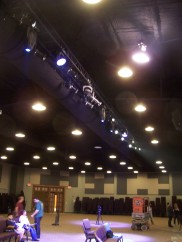 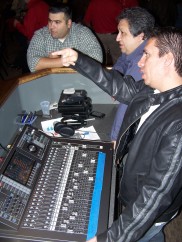 But this was not the end of the story. Less than two years later we helped them open their first off-site location, which is now growing rapidly as well. If you are looking for someone who wants to stick with you through the ups and downs, ins and outs and changes along the way, let us know right away. We love to partner with churches in helping to grow their ministries!